Generation 2004 has emerged as the biggest staff association in the European Commission in the last staff elections held in June 2015. We obtained 26,3 % of list votes and 20,12 % of preferential votes, translating into 7 seats in the 27 seats local staff committee.

We see this result as a vindication of our past achievement of bringing to light persistent staff inequalities and the unbalanced HR development against the interest of pretty much all the staff union, which are mainly defending the ‘status quo’ for the majority of their members at the expense of the post 2004 and 2014 generations.

We have worked hard in these 3 years to keep them there and make progress on real solutions to narrow the resulting career and benefit gap. For this we need the cooperation of all progressive forces in the staff committee.

We have outlined our vision and our demands in our campaign manifesto.  We believe that the following are of the highest priority and deserve immediate attention: 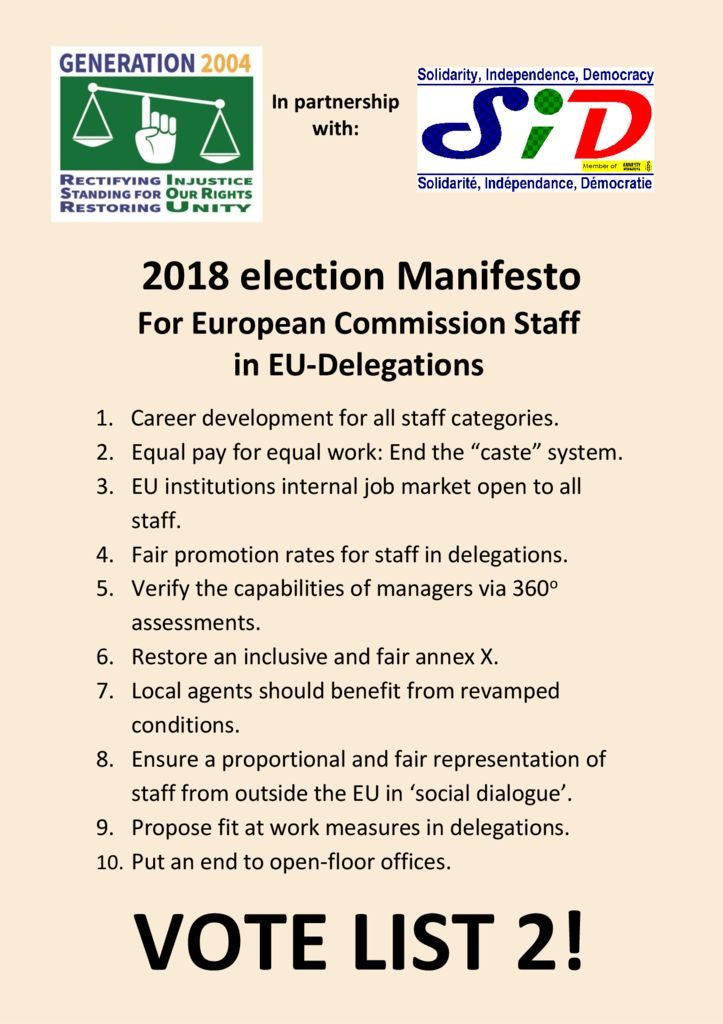 Please be aware that the electoral system in the Delegations is a rather complicated one:
-> 8 seats are reserved for the 8 candidates that get the largest number of votes across all lists.
-> 6 seats are allocated to the 4 competing lists, based on a proportionality system which sums up all votes for individual candidates on each list.

This is what the voting application will look like: 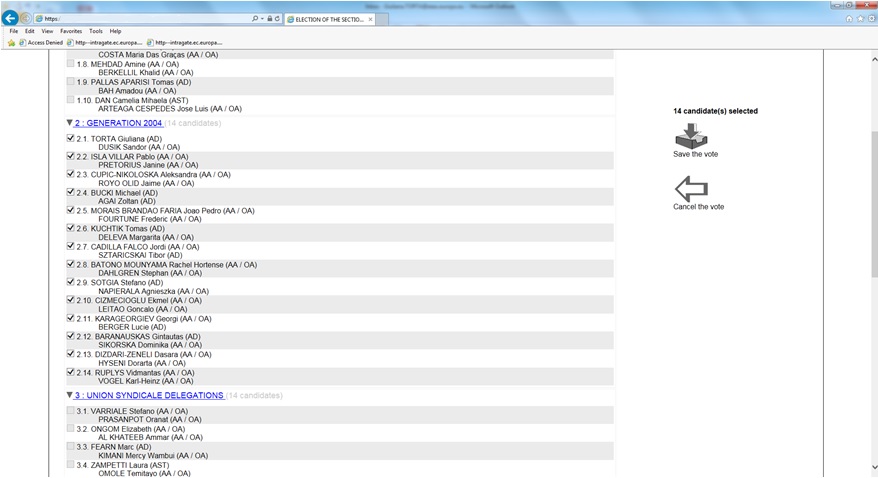 We encourage you to click all 14 pairs of candidates presented by Generation 2004 (each pair has a “principal” candidate and a “substitute”, you can only vote for a pair, not for individual candidates).

You can vote between the 5th of November and the 14th of November. At least 2/3 of the staff will need to have voted by then, otherwise the electoral period will be extended to the 29th of November. If you do not want the elections to drag on, vote as soon as possible and encourage you colleagues to do so!