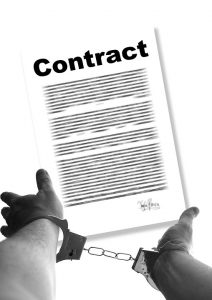 “In a Union of equals, there can be no second class workers. Workers should earn the same pay for the same work in the same place.” J.C. Juncker, State of the Union address, 13 September 2017.

Contract Agents account for more than a quarter of the European Institution’s population and are increasingly the victims of budgetary restrictions. Limited access to decent employment opportunities in the Institutions, insufficient job security and unfair working conditions are now well documented.

However, what is less documented is that there is a growing gap between the duties performed by CAs and their functional group.

The Staff Regulations of Officials and Conditions of Employment of Other Servants of the European Union are clear: CAs are recruited in the European Institutions in the interest of the service to do either repetitive, periodical or specific technical tasks always under the supervision of officials or temporary agents.

However, we have indications that the European Institutions employ CAs function group I or II to perform tasks that really are AD tasks. For instance:

How could it be possible that a GF I is working as an Expert or an Inspector?

This person is sent on regular business trips (missions) to several Member States where European experts play an important role. This could be part, in this case, of the new HR Talent Management Strategy based on competencies!!! Fair enough for a highly educated person with an in-depth knowledge! However, it is not understandable why this talented person is still graded as a CA FGI with the lowest salary!

How could it be possible that a GFII is working as a Coordinator-Team Leader and planning Officer?

This person is working as the leader of a small team (with Officials) and performs many tasks and responsibilities towards other units and external customers in a perfect way but is still graded as a CA FGII. The principle Equal Pay for Equal Work is clearly not applied in this case.

Conceptually, it is important to distinguish a true interest of the service from an abuse of the system to use well-educated staff to perform duties of high responsibility for the lowest possible salary. Because of the economic crisis in several countries of the EU, CAs are often recruited at a grade that is well below their level of education and experience.

Moreover, obscure regulations and selection rules give CAs a false hope to become one day officials via an Internal Competition. DG HR overplays the impact of this scheme. It is true that the Commissioner has agreed to organise such competitions on a regular basis. However, the number of laureates will be limited to a few tens for each competition because of a provision written black on white in the current staff regulations. These figures just don’t match the number of CAs and their expectations. At the current pace of recruitment via internal competitions, it would take centuries for the institutions to provide prospects of a decent future to the thousands of CAs waiting for an improvement in their situation. This lack of clarity leads to a self-destructive behaviour for people who could look for better opportunities elsewhere is they were better informed. It becomes harmful to the institutions when the victims realise that they have been fooled. Moreover, instead of modernising and simplifying the procedures for selecting and recruiting CAs in a transparent way, the various subcategories of CA:

…are played against each other by DG HR during the negotiations with the staff. In addition, those who pass the internal competition have no guarantee to be recruited. This is in particular true for AST-posts, less for AD-posts. A major problem if you are a GF II, as you are NOT allowed to apply for an AD competition!

Is that a Responsible use of human resources for a European Public Administration with a modern HR’s strategy, a role model for Europe and every Member State?

Petition in support of Contract Agents