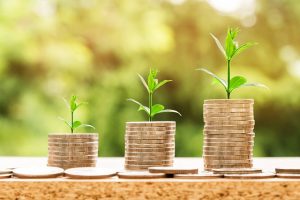 The yearly appraisal exercise is slowly nearing its end, and soon it will be promotion season. As we already had the opportunity to highlight during our high profile appraisal & promotions conference in early January (more than 800 colleagues followed or watched the recording and more than 150 asked for our help to review their self-assessments), those two “separate” HR exercises are in reality closely interlinked into a single continuous process.
Right now we are at the stage where Reporting Officers meet their staff. However DGs are also starting their preparations for the promotion process, and will compile promotion proposals lists when they get their promotion quotas from DG HR.Once the draft promotion lists are finalised, they will be shared with staff representatives. After their analysis by the latter, there will be meetings set up between the staff representatives and every Director General of the EC to discuss the lists and possibly suggest and steer changes. The goal of these discussions is to try to avoid situations where, for example, someone who performs well is not proposed – and is even possibly delayed, while someone else is proposed for a fast promotion for no clear reason.
Shortly after the end of all the meetings with DGs, DG HR compiles and publishes a list of proposals over the whole Commission. Please keep in mind that even if being included in the list of proposed promotions generally guarantees your promotion, those lists are not final. There have been situations where colleagues were removed from this list, namely when, without any regard for the principle of presumption of innocence, colleagues under investigation by IDOC were removed from DG promotion proposals lists. There have also been cases where colleagues were removed after being proposed by the Joint Promotion Committee following an appeal. The final list of promoted officials is normally published mid-November after the final decision by the AIPN.

You may find here more information on promotions.

We use cookies to ensure that we give you the best experience on our website. If you continue to use this site we will assume that you agree with it.OkGeneration 2004's Privacy Statement